4G and WiFi calling rolling out to EE PAYG 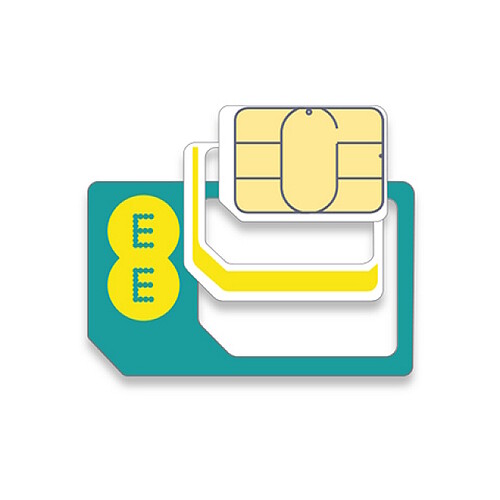 The 4G calling and WiFi calling features are rolling out to EE PAYG customers.

Is this the start of these features moving from premium features to standard features that are expected to be available everywhere to all customers?

Is this the start of these features moving from premium features to standard features that are expected to be available everywhere to all customers?

The start, possibly — I believe it’s on its way for everyone. We were hoping to get those features this year, but there’ve been a few further delays with 'rona.

VoLTE, Wifi calling and 5G is working on 1Pmobile so good to see features rolling out to MVNOs.

In the meantime, EE won’t even give 5G to existing Contract customers unless they upgrade, which I can’t do for another month despite me (the company I work for) wanting to give them more money!

EEs policies with Contract vs PAYG and direct vs MVNO has always baffled me!

If you are sticking with EE, upgrade before 7th July if possible.

which I can’t do for another month despite me (the company I work for) wanting to give them more money!

O2 does (or at least did) the same. I guess the strategy of disallowing mid-contract upgrades is to scare people into going for bigger plans than they need “just in case”.

Any update on WiFi/4G calling and 5g?

See 5G showing when using Zevvle sim - #7 by nick and the rest of the thread for the updates on this.

I’m visiting family in Germany at the moment, they live in a valley with a very poor mobile signal (either no signal or edge of your are lucky). Go 10 minutes walk up the hill and you get fast LTE.

The relative was complaining that they couldn’t make calls with the mobile as a backup to the cordless landline phone as the batteries in that were dying so only minutes of talk time as it has been say on the charger all the time.

While waiting for the cordless phone to charge on new batteries (which I suspect might also be dead rechargeables), I asked if they had Voice over WiFi of their phone. They didn’t know what it was.

They went and made the call and were astonished that they could make the call. I took a look at their phone and seen the voice over WiFi symbol in the status bar, and explained that they could make the call as they were connected to the WiFi. They were overjoyed at getting a new feature on their phone without needing to buy a new device. They (someone in their 60s) are now thinking of dropping their landline due to the passion of managing the charging of the cordless handset.

When this rolls out universally I suspect there’ll be many more stories like it, so I’m looking forward to it.

Personally at home on the centre of the house the mobile signal is weak so get a bit of drop out, whereas on WiFi that won’t happen.

If phone service is important I’d highly recommend getting a VoIP number from SIPGate or Andrews & Arnold. It can be used from any decent internet connection regardless of mobile provider shenanigans, and these accounts are very cheap (SIPGate offers it for free even though I think it might be limited to UK-based customers).

I wouldn’t rely on Wi-Fi calling as the only phone in the house. You can lose it for a variety of reasons such as the mobile provider doing changes (the other thread mentions that 5G on Zevvle seems to have disappeared) or phone firmware issues (on Android, some carriers still limit VoLTE & Wi-Fi calling to specific firmware releases for no good reason) or you may even need to be able to connect to the cellular network first before Wi-Fi calling becomes active.

Hopefully voice over WiFi will become more reliable over time. I’ve personally got a A&A landline which works well though some months is just the monthly fee with no calls.

VoIP for my family in another country would be hard especially with the extra support for when things go wrong and the need to buy new equipment which they wouldn’t be keen on.