Mobile has issues connecting to 4G

I’ve got an issue with my Fairphone 3 where the mobile network is really slow as it is only on Edge networking. Going into the mobile settings and setting it to connect to 3G or 2G only until the network indicator changes and then changing it back to 4G, and then it usually reconnects to the 4G.

I’ve had this intermittent issue with previous phones and networks. Is there any way to prevent it?

Not sure about this specific issue, but I do believe in a service test menu somewhere you can configure exactly which networks you want it to connect to, and iirc there is a way to make it just not connect to 2G at all

Does this happen after any events, like a phone call?

Seems I can force older generations of mobile data rather than newer. 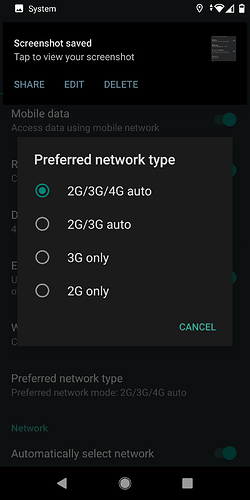 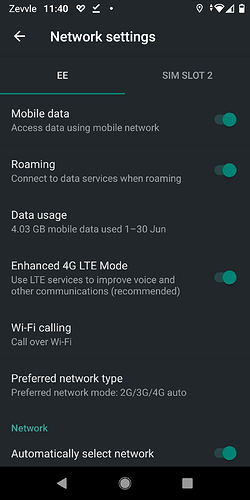 Does this happen after any events, like a phone call?

After being on WiFi, which is most of the time at the moment, is when I mostly notice it. It’s not a new problem, just getting more annoying especially with going out more.

I hardly make any calls any when I do it switched back normally fine, even when tethering in the past week when it moved to 3G for the calls (the cable feeding my FTTP had been cut affecting some of the area for much of the day).

Not sure about Fairphone specifically but dialling *#*#4636#*#* often gets you into a debug menu with more advanced options; alternatively maybe in Developer Options (may need to tap the build number in About a lot first) there may be a service menu or something

Can’t test on my Pixel since it’s running a custom ROM, but on other Android phones I’ve had it let me pick from a dizzying array of selections for network preference

After being on WiFi

Do you have “Mobile data always active” under Developer options? 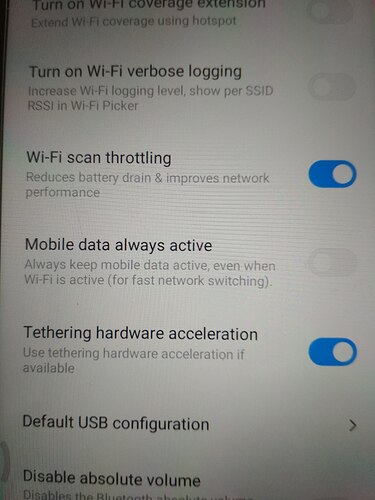 These are the other options: 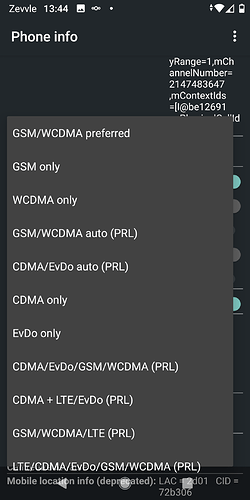 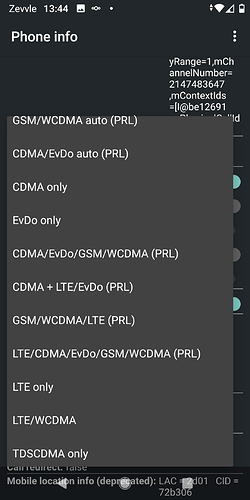 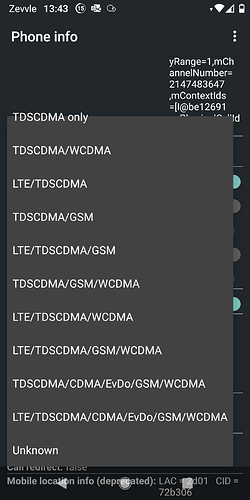 Do you have “Mobile data always active” under Developer options?

Yes and it’s turned on.

Would that stop the use of 2G for phone calls? I’ve found many places where there is either 4G or 2G and no 3G, so without the 4G calling the calls have to be on the 2G network.

Does it only happen with that particular phone and/or location? Does the problem persist if you try another device, or at another location?

For what it’s worth I’ve recently had issues in Old Street where I lost EE signal completely for maybe 30 mins but very much doubt it’s related.

Does it only happen with that particular phone and/or location? Does the problem persist if you try another device, or at another location?

I’ve had it happen on other phones/providers in the past. Only got one active phone/SIM at the moment.

Not sure moving location is enough on it’s own, generally I’ve had to rest it.

The “LTE/TDSCDMA/WCDMA” setting as described above seems to be working at preventing the data drops to 2G, though I haven’t done that much travelling. Quite hard to test an intermittent issue like that.