Now this isn’t supposed to be a dig at zevvle, but I thought mvnos are meant to be cheaper than the big mobile networks? It seems that zevvle charge more on the 60GB plan than EE and three and the other mvno giffgaff. I’m guessing it could be something to do with wholesale rates but in the nicest possible way, the plans aren’t much cheaper than other networks. 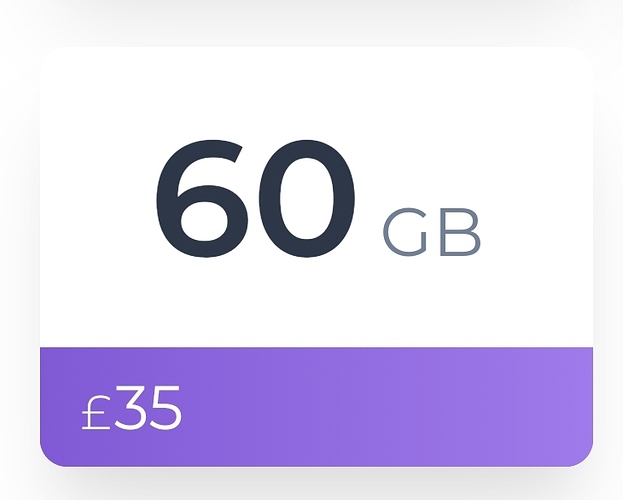 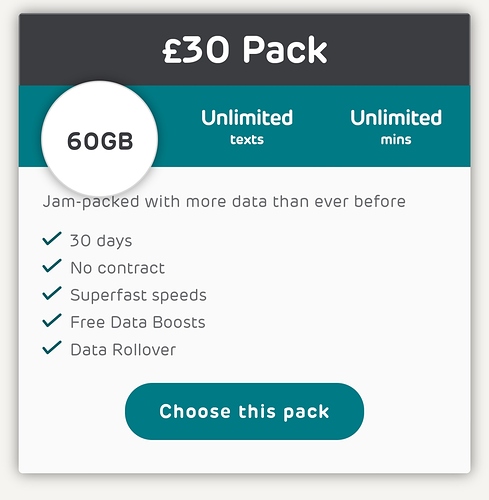 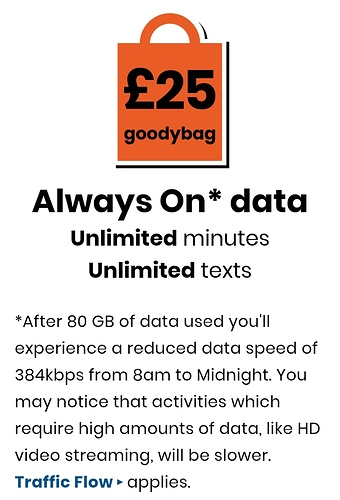 You’re right. It won’t be harder to find cheaper packages. Zevvle offers great CS, absolute control of the Sim and multiple Sims on one account.

I always appreciated quality. Hopefully, the recent debacle (PPE and Paracetamol to name but 2) concerning cheap suppliers, long logistics chains and sales to the highest bidder might highlight quality and loyalty.

Yes I agree on the customer service and the sim control part, that’s really good!

But, how will they compete with other MVNOS with high prices?

how will they compete with other MVNOS with high prices?

At 60GB, you’re competing on service and features, not just price. If you’re someone who really uses that much data, my bet is that you’re happy to spend another £60 a year for a great app, great service, features and control

Yes, I like the control of the app. I was just saying how it’s expensive compared to the other networks.

That’s just it, I think it’s pretty good value… The problem is that the big networks have established a narrative around “price per GB” and “in-bundle minutes” and so on that really obfuscates value, which to my mind means getting something I want and need at a reasonable cost with a reasonable level of support - support always being a compromise at some level…

Over the past half year or so, I’ve noticed a bit of a drop in the price on other networks. Hopefully that will happen with Zevvle as the wholesale costs come down. I think there’s a combination of economies of scale, and customer service at play. More customers that can be served in an automated way can help to reduce costs longer term, however a dififcult balance to strike to ensure that there’s continued good customer service.

Apologies, as it was 60 GB I was going for the next increment rather than Always On

I don’t think anyone in the industry has ever said MVNO’s are meant to be cheaper, per se. They’re meant to have some unique value proposition. MVNOs are very frequently more expensive. I know of one MVNO in the US that at least used to charge $10/month for their basic plan - which included zero minutes, zero texts and zero data. They marketed themselves heavily to elderly people with low usage, and sure, some would pay less than a typical contract plan - but more than almost any other prepaid. In the US, MVNOs tend to target people who would be denied a phone contract.

And honestly, it’s kinda the same here. Prepaid and MVNO are both usually far more expensive than the best deals you can get on a SIM only contract from the major networks. There’s no way I could afford to switch to Zevvle or most others for my main service - I pay Vodafone around £20 a month for unlimited everything, including international roaming in most countries. That’s nothing any prepaid or MVNO can come close to matching.

But there is room for value propositions besides cost. I signed up for Zevvle to play - as a mobile network sandbox of sorts. I imagine many here did the same. Only £5 for now, but if I end up needing more data, I’ll buy it. MVNOs need to find that niche where they can offer real value - and frankly, it’s unlikely to be cost because it’s hard to resell a product for less than the company you’re buying it from sells it for, even when you get a wholesale discount.

I don’t think anyone in the industry has ever said MVNO’s are meant to be cheaper, per se.

I think they’ve generally been seen as if they’ve had to be cheaper or bundle with other things to be worth their while existing.

I know giffgaff’s early pitch was being cheap for unlimited data by saving money on support by outsourcing it to the community, which really cost them later on as every heavy data user immediately jumped on it as other carriers withdrew their unlimited offerings.

It would be nice if Zevvle could stick to the middle of the pack in pricing, offering at around about EE’s undiscounted retail consumer pricing but offering a lot more flexibility and technology for that money.

Zevvle is never going to beat my current EE plan, but that’s because I managed to get EE to stack two discounts and double the data on an already good deal. I would absolutely pay not to have to go through that pain again every year though.

Zevvle is never going to beat my current EE plan, but that’s because I managed to get EE to stack two discounts and double the data on an already good deal. I would absolutely pay not to have to go through that pain again every year though.

That’s another really excellent point - those of us on great contract plans have to ask for them at least once a year (with Vodafone it’s pretty easy, but I hate phone for reasons)… that has an emotional and time cost as well.

that has an emotional and time cost as well.

That EE contract took them four hours across three in-store visits on two days, four different members of staff, two paper forms, three failed identity checks with multiple debit cards, two Direct Debits against the wrong bank, a failed callback from the store, two weeks where the “plan correction” forms got “lost”, ~6 emails with complaints where they claimed what I was telling them they promised was impossible even when I was sending them scans of their own material, and a final phone call a month after the original signup where I had them pull up my partner’s account to duplicate this specific chain that the store promised they could do for me because they had done it for my partner with zero problems literally earlier that same day.

On top of that, the Apple Watch data add-on went up in price during that time.

The speed and coverage is great, but I am not doing that again.

The time (thus money) they internally wasted on this probably would’ve paid more than what a year on the initial plan would’ve cost to begin with.