A new feature phone with e-ink display and an open-source OS – some magic words right there. I’m sure it will be fatally flawed/bitterly disappointing/never released but at least in theory this is exactly what I’m after for my next phone. 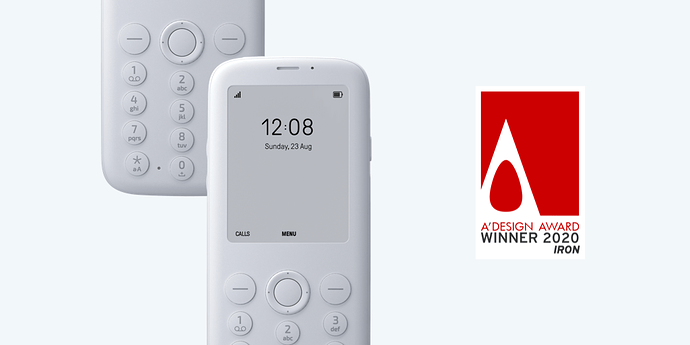 Pure was created to support your conscious use of technology. We removed all of the unnecessary distractions.

I’m interested. Although I do wonder if The Light Phone has gone with a better full-screen form (even though they use huge bezels), but I hear it’s a little disappointing. Will wait for these reviews!

I do find this phone quite nice on the eye, where I think The Light Phone is pretty ugly.

What do you think of a physical keyboard?

Also, not sure I can trust a “Light” phone when their website refuses to show any content without javascript enabled then takes 24 s to load 23 MiB of content on its front page - and that’s with trackers/socials blocked!

Oh dear, and another thing. It’s 14x6cm. That’s much bigger than it looked to me on the website. Add that to the fact that they claim they’re both still in the R&D phase and also shipping next month…

What do you think of a physical keyboard?

Haven’t used a 10-key one in a long while; I prefer the idea of a qwerty or Dvorak one… I could get behind a physical keyboard like the old Blackberrys!

Yeah that is suspect…

Is that the Light Phone or the Mudita Pure?

I was a backer of the Mudita (I’m a sucker for Kickstarter/Indiegogo) and I’m not expecting it anytime soon. They’re having repeated problems with the moulding and each time the timeline gets pushed out an extra 6 months or so. I think it’s 12+ months late at this point with the most recent issue found in February.

It looked more promising when they had Signal integration as a stretch goal.

Is that the Light Phone or the Mudita Pure?

I’ve also come across Punkt recently but can’t vouch for them at all. Much cheaper at least. 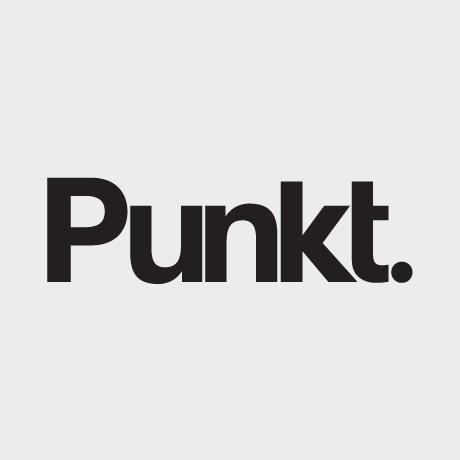 Punkt. technology products are designed by Jasper Morrison and built with...

(Having owned a 20.38x I would say go with Nokia however.

I do find myself getting excited about phones like this but have to remind myself that I don’t need a new phone at all. My requirements are so low. My next phone will most likely be another second-hander out of CEX and that’s fine.

It’s a good question, and perhaps the best way I can describe my (not necessarily rational) line of thinking is that I don’t want a cheap phone, I want a modern feature phone.

When feature phones were the only phones, you could buy cheap ones and you could buy great ones. Sometimes those great ones would be pushing the technological barriers in the direction that eventually led us to smartphones: better cameras, multitasking, data connectivity, etc. Some were innovative in terms of form factor or design. Some might’ve been bit more expensive but just have really nice, tactile buttons that let you build up a decent texting speed even on a numeric keypad.

I haven’t tried the particular phones you’ve mentioned, but my impression is that - for better or worse - what we’re left with these days in terms of feature phones is just the really cheap ones. Which is why when something different comes along, folks like me and Liam (and Nick, it appears) get interested.

That’s not to say they’re worth the money over the cheap tried-and-tested Nokias though. Especially when they get released with massive bugs, half-baked features, or get stuck in Kickstarter development hell…

Just got an email that the Mudita is delayed until November

That sounds bang on for me. ^^

The problem I see with all these minimalistic phones is that they lack support for secure messaging such as Signal or Telegram which is a dealbreaker IMO.

Messaging beyond SMS isn’t a dealbraker for me, but certainly very desirable.

they lack support for secure messaging such as Signa

Punkt’s MP02 is advertising Signal “compatibility” although it’s kinda hard to fish out what that actually means from their marketing junk.

Edit: it looks like they’ve built their own Signal protocol client called Pigeon that connects to the main Signal network. Unclear if it’s been blessed by the Signal Foundation – Moxie has always taken a hardline No position to third-party clients before.