Just wanted to update y’all on progress with the revised web app (mentioned in the July update).

At the moment it’s a much-improved version of the existing web app, and I’m down to the last few things before opening it up next week. It won’t be too much further after that until I can remove the beta tag as well. It feels really good to build this, as going back to the “old” web app feels ancient in comparison!

One major difference will be usage summaries, which I went all out on a couple of weeks back… it’s probably my favourite part, and you can drill down from years to days to hours to the individual call records. 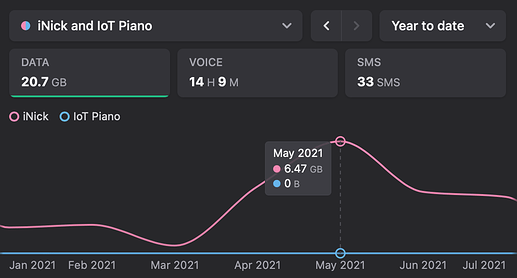 Looking forward to it.

I’m wondering why a piano has a SIM card.

I’m wondering why a piano has a SIM card.

I don’t think that SIM even exists.